Grimes caused a stir on TikTok by posting a bizarre, wacky video about artificial intelligence which she says is the “quickest path to communism.”

The experimental pop singer, née Claire Boucher, 33, released her bubbly and enthusiastic rant on Wednesday and left viewers bewildered as she described how AI could lead to a world where no one has to work and everyone lives. comfortably.

To top the confusion, her background photo is set on a scene from the Japanese manga “Berserk”.

“AI could automate all of agriculture, eliminate systematic corruption, bringing us as close as possible to true equality,” she said.

“So basically everything everyone loves about communism, but without the collective farm. Because let’s face it, forced farming is not a mood.

The video has racked up over 1.7 million views, 100,000 likes and tens of thousands of puzzled comments.

“Why is GRIMES of all people talking about communism on tik tok in front of a crazy manga shutter,” one Twitter user wrote in a post sharing the video.

“Every month or so grimes will start to become a trend for some definitely insane shit and it’s my mission to never know why,” wrote another user.

In a dismayed reaction to the Grimes video, the AV Club published an article titled “Grimes reveals she doesn’t know what communism is in AI praising TikTok”, in which he states “The thinly veiled corporate control over all means of production is not communism.

The goal of communism, the article continues, is not to create a system in which no one should work, as Grimes said, but rather for everyone to be paid equally for their work.

The subject of the influence of AI on political systems has already been discussed by experts in the field, most of whom believe that artificial intelligence will only lead to a dictatorship based on technology.

The Washington Post published an in-depth opinion piece in May 2018 in which Feng Xiang, professor of law at Tsinghua University of China, wrote: “If AI remains under the control of market forces, it will inexorably lead to a super-rich oligopoly. data billionaires who reap the wealth created by robots that displace human labor, leaving massive unemployment in their wake.

To give Grimes credit, however, Xiang changes direction to say that workers could still “take over the means of production,” as Marx put it, if such means turned out to be artificial intelligence.

Grimes’s video is not nearly as surprising, given that she has spoken of artificial intelligence often in interviews and in her songwriter work. In January 2020, she shared a TikTok video in which she said that artificial intelligence “may be the end of humanity, but I still think intelligence is more likely to spread throughout the universe via the ‘IA only through us’. It’s sad, but like, I’m for, I guess.

And this isn’t the first time Grimes’ political claims have turned heads. In March 2020 with Rolling Stone, she expressed support for left-wing Vermont Senator Bernie Sanders and said he and her boyfriend Elon Musk shared “very similar goals.” 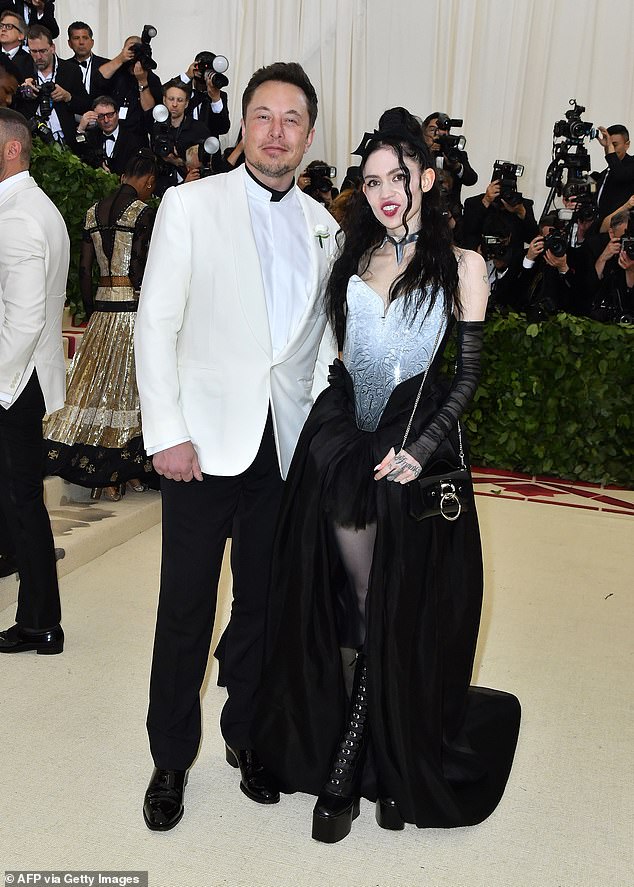 Grimes (right) and boyfriend Elon Musk met at the 2018 Met Gala and welcomed their first child, controversially named X Æ A-Xii, in May 2020.

The “nuance” Grimes talks about is that Musk, the CEO of Tesla and SpaceX, is one of the richest men in the world and is worth around $ 40 billion. While Sanders believes billionaires shouldn’t exist and proposes a wealth tax for anyone with a net worth of at least $ 32 million.

Grimes, who has often described herself as a left-wing feminist, has been known on several occasions to champion Elon Musk’s actions and his status as a billionaire.

She was once asked by a fan about why she was dating Musk when he gives Republicans and Democrats seven times as much, as described in a July 2018 Vice article.

His response: “Every aerospace company has to donate to Republicans to operate. . . it is the price to pay for doing business in America.

What’s even more bizarre about the Grimes TikTok video is that Musk himself has spoken out against artificial intelligence on several occasions and has said he believes it poses a threat to humanity. .

Most recently, he raised concerns last July about Google’s DeepMind project, the research lab best known for developing AI systems that can play video games better than any human. Musk said he feared the AI ​​would get so smart that the AI ​​lords could overthrow the human race.

In an interview with the New York Times about it, Musk said his experience working with AI at Tesla has allowed him to confidently say “that we are heading into a situation where AI is much smarter. than humans “and within at least five years, it could lead to societal instability.